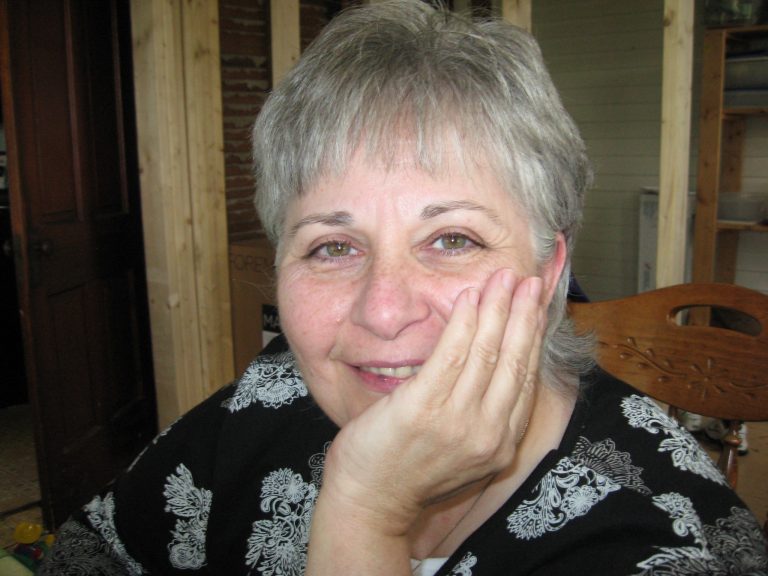 Georgianna (Gigi, Georgie) Proulx Obrigewitsch was born on December 9, 1953, in Red Lake Falls, MN.  She was the 10th of 12 children born to May Belle Bachand Proulx and Celestin Proulx. She graduated high school in 1972, and worked at St. Joseph’s Catholic School and the Arctic Cat factory.   Gigi met Mike Obrigewitsch on May 1, 1976, after exchanging letters for two years.  They married in November, and she moved to Baker, MT, where they lived for 22 years.  The family moved to Gaylord, MI, in 1999, where she resided until her passing.  She was very actively involved in the parish of St. Thomas of Aquinas, and touched the hearts of many in the community.  She worked at APS, Norman’s, and the Otsego Commission on Aging.  Her greatest joy was crocheting angels for her grandchildren and other special people.

Gigi’s infectious laugh, twinkling eyes, loving and generous heart, as well as her mischievous nature, have given her family thousands of memories to hold on to and cherish.

In lieu of flowers, the family requests donations be made in Gigi’s name for Father Polycarp’s school and mission, courtesy of the Nelson Funeral Home & Cremation Service, P.O. Box 1548, Gaylord, MI 49734.