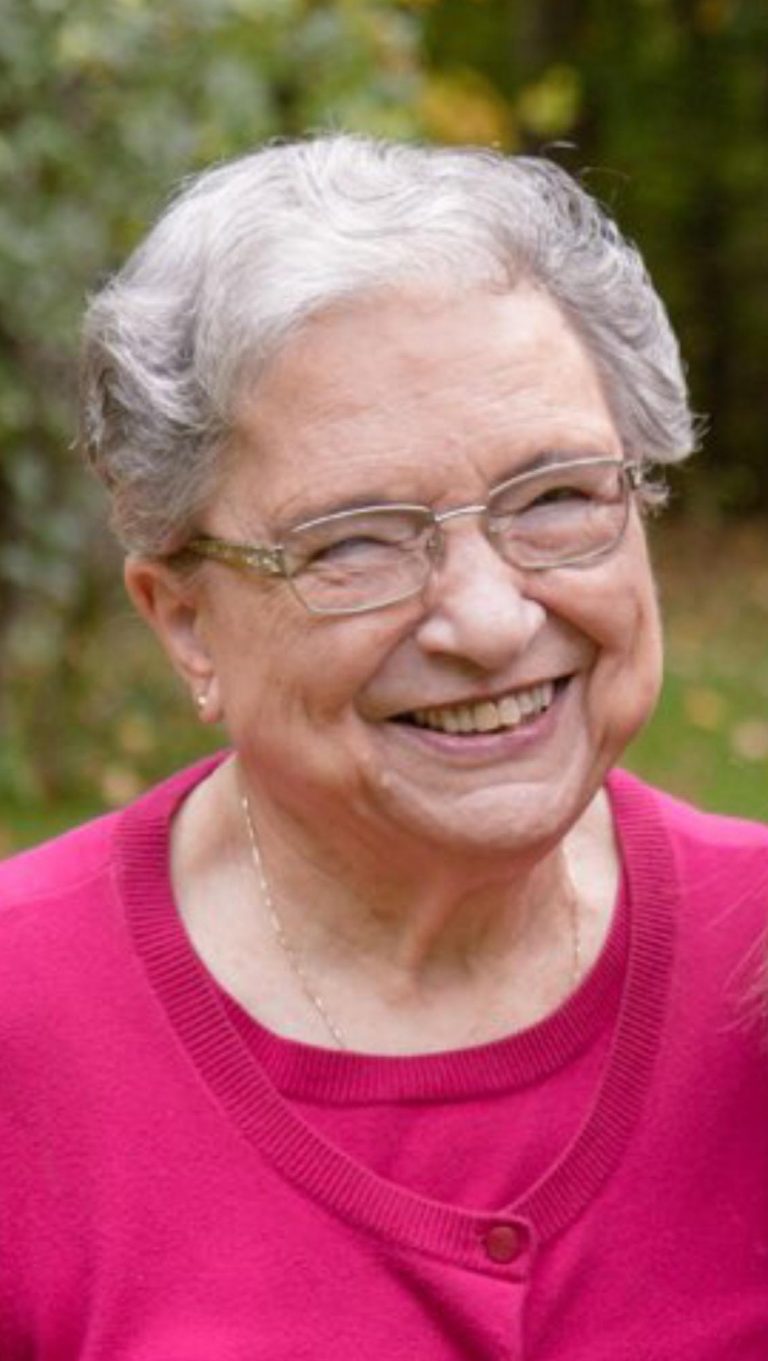 Geneva Avery Douglas, 89, passed away peacefully on August 14, 2019, at The Brook in Gaylord, Michigan surrounded by a large family group.

Before graduating from high school in 1948, Geneva was crowned Grayling Winter Sports Queen and made several appearances around the state.

Tom and Geneva married in October of 1948, and lived in Grayling, Michigan for over 20 years. In 1971, they relocated to the Traverse City, Michigan area after buying a house on Silver Lake. Geneva was the Children’s Buyer for all three Milliken’s Department Stores for many years. She opened her own store in Traverse City in 1982, Old Town Kid Stuff. In 1988, she opened a second store in Gaylord, Alpine Kid Stuff. In 2003, Tom and Geneva relocated again – this time to Vanderbilt, Michigan.

They were devoted to sending all of their children to Catholic schools.

A Mass of Christian Burial will be held at Holy Redeemer Catholic Church in Vanderbilt on Monday, August 19, at 11:00 a.m., with a church luncheon to follow.  Visitation will be held from 10:00 a.m., until the time of Mass.

In lieu of flowers, the family suggests contributions be made to the Catholic school of your choice in Geneva’s honor.