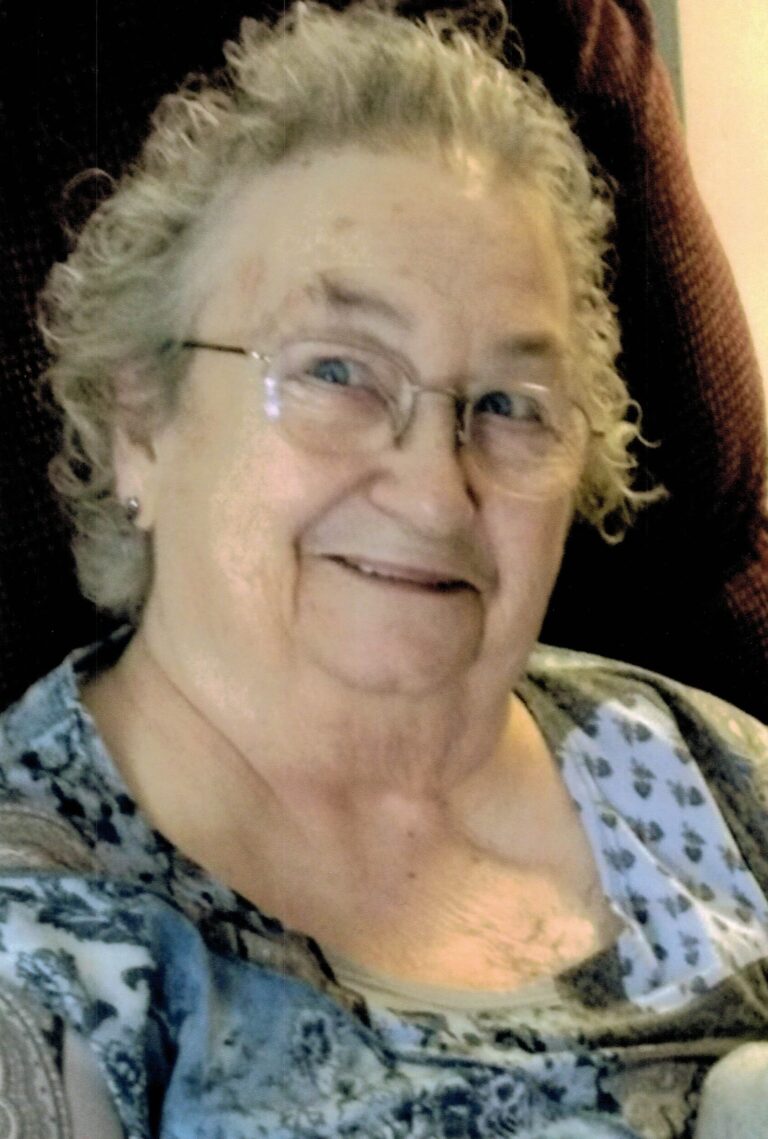 Florine “Flo” was born on December 6, 1939, in Newberry, Michigan. She was the daughter of the late Henry and Frances (Groh) McPherson.

The McPherson family moved to Boyne City in 1950 and later moved to East Jordan in 1954. Flo graduated from East Jordan High School in 1958.

On June 7, 1958, Flo married Frank Kuzmik of Boyne Falls. They lived in the Boyne Falls area until 1965 when Flo and her three sons moved to Boyne City.

Flo was employed at Charlevoix County Transit as an office manager/dispatcher for 16 years, until her retirement. Flo was a member of the Kingdom Hall of Jehovah’s Witnesses in East Jordan. Her greatest love was her God, Jehovah, and her family. Her sons, grandkids, and great-grandkids gave her much joy. Flo liked quilting, reading, and puzzle books.

No matter how ill Flo was, she was determined and never stopped fighting. Though Flo is no longer with us, it doesn’t mean she lost her fight. Flo knows that Jehovah God will remember her in his Book of Life.

Flo was preceded in death by her parents, Kenneth and Frances McPherson; and brothers, Wilbur, Kenneth, and Everett.

She is survived by her sons, Frank of Elmira, Karl (Sheila) of Boyne City, and Tom of Boyne Falls; seven grandchildren, and 13 great-grandchildren. She is also survived by her sister, Ann Stutzman of Blythe, California; brother, Lloyd McPherson of Boyne City; sister-in-law, Ella McPherson of East Jordan; long-time friend, Liz Witchell; and many friends, cousins, nieces, and nephews.

In lieu of flowers, memorial donations may be made to the family, to assist with funeral expenses.