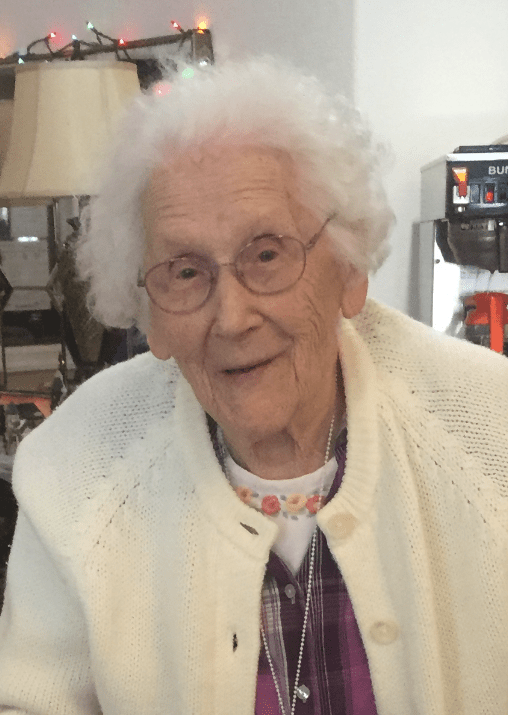 Alice was born December 10, 1914, in Vilnius, Lithuania, to Charles and Marie Buragas. Alice immigrated to the United States at the age of three along with her mother and sister, Eayvega, where they joined her father who worked in the lumber camps in the Mancelona area. She graduated from Gaylord High School in 1934. On April 27, 1935, she married Arthur E. Estelle, and they operated a farm for the next 45 years seven miles west of Gaylord. She retired from Standard Products Company in 1979 after 36 years there. Arthur retired from farming and they spent winters in Lakeland, Florida. Arthur preceded her in death on March 23, 2006 after 70 years together. After his passing, she stayed in Florida near her daughter for two years, then returned to Gaylord, making her home with her son and spending the past three years at the Brook in Gaylord.

There will be no services at this time. Graveside services will be held at Fairview Cemetery in the Spring.