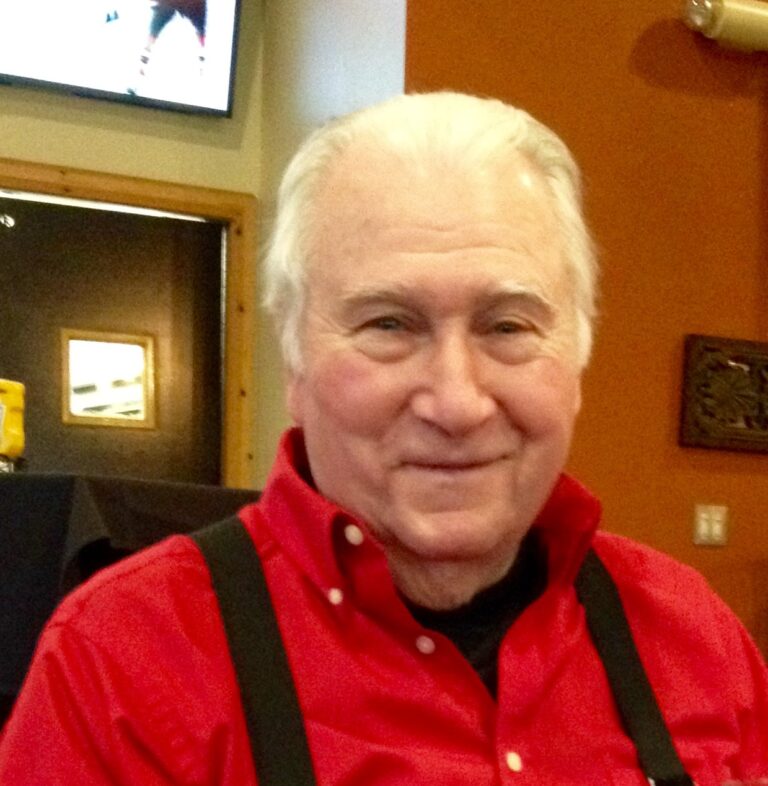 Ernie Edward Beebe, son of Cliff and Katherine Beebe, died at home surrounded by family, on June 18, 2021, at the age of 87.

He was born in Gould City, Michigan, and moved to Gaylord as a child, where he lived for most of his life.

Ernie was a savvy businessman and as a young man, he opened Ernie’s Standard Gas Station on Main Street in Gaylord.  He later owned and operated the Gaylord Auto Auction, until he retired.

If you had asked Ernie, he had never met a stranger. He was a gifted storyteller, a natural comedian, and a true people person. He commanded the room and was larger than life.

He was preceded in death by his daughter, Marie (Beebe) Kraus.

A graveside memorial service will be held at Evergreen Hill Cemetery in Vanderbilt on July 1, 2021, at 11:00 a.m.

In lieu of flowers, memorial donations in Ernie’s honor may be made to the Otsego County Animal Shelter, at 256 Fairview Rd., Gaylord, MI 49735 or to Munson Healthcare Hospice.