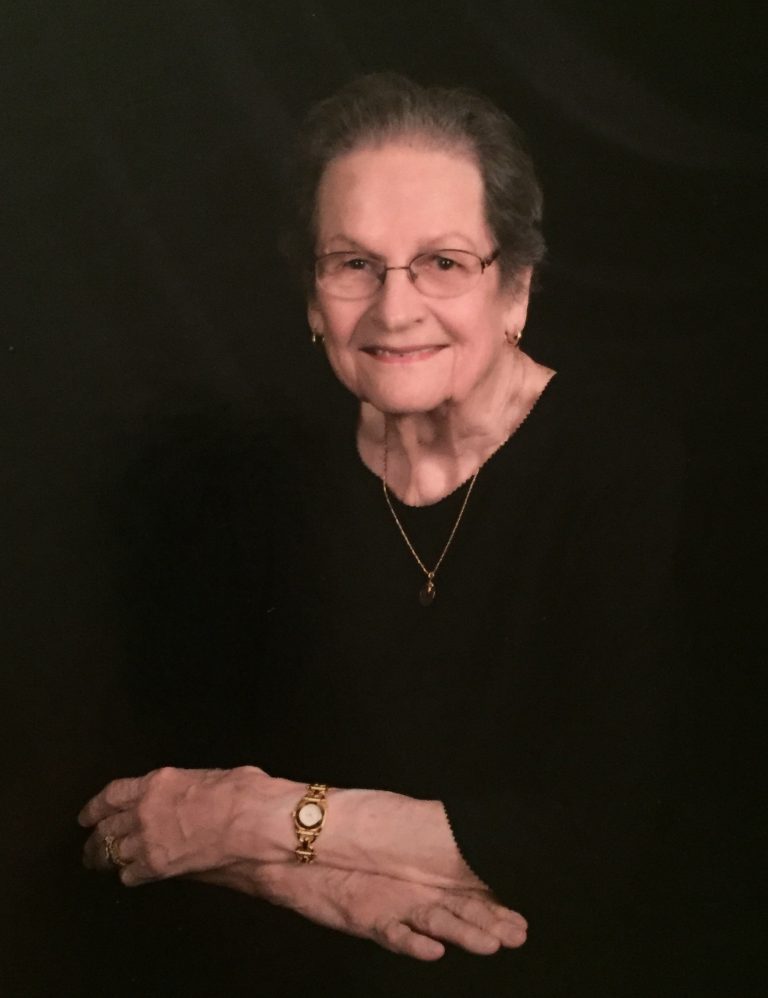 Eileen Elizabeth Wubbena was born on September 4, 1924, in Marquette, MI., to William L. and Maude (Martin) Wubbena. In her youth, she lived in Michigan, Colorado, and Maryland before graduating from William McKinley Technical High School in Washington D.C. where she played trombone in the marching band. She was a member of the Washington Redskins Marching Band.

She graduated from the University of Michigan School of Nursing in 1945. While working at the U of M Hospital as the head circulating nurse for the Chief of Thoracic Surgery, she met Robert “Keith” Catt, a student at U of M. They were married in 1947.

While Keith served in the U.S. Navy, the family of 5 moved often; LaCrosse, WI., Chicago, IL., Norfolk and Arlington, VA., and finally settling in Gaylord in 1960. When Keith was Executive Officer of the USS Tutuila, the ship would be at sea for months at a time. Eileen, not only raised their 3 children but she also “watched over” the wives of the ship’s crew, with her encouraging and comforting natural ability to help them through the difficult separations.

In 1963, Eileen resumed her nursing career at Otsego Memorial Hospital, where she was Director of Nursing for 16 years. And oh, she LOVED her nursing staff!

Eileen was very active in the Gaylord community. She was on the first Board of Directors for Alpenfest, as co-chairman of the Queen’s Pageant. Her love of music led her to many years of service with the Gaylord Band Boosters; where she played trombone in the Gaylord Community Band. She was a very active member of the First United Methodist Church; she sang in the choir and was the junior choir director for several years. She was the co-founder and chair of the popular annual pasty sale.

She was preceded in death by her loving husband of 71 years, Keith; her sister, Dawn Hendricks; brother, Col. William Wubbena; and her great-grandson, Andrew Neph.

The family wishes to thank Dr. Derek Olson and his staff at Alpine Family Medicine, Hospice of Michigan, and the Nelson Funeral Home.

Our hearts are full of gratitude for Woodland Acres, a very special place of caring and compassionate caregivers who provide so much love to those who live there.

A memorial service in Eileen’s honor will be held at a later date.