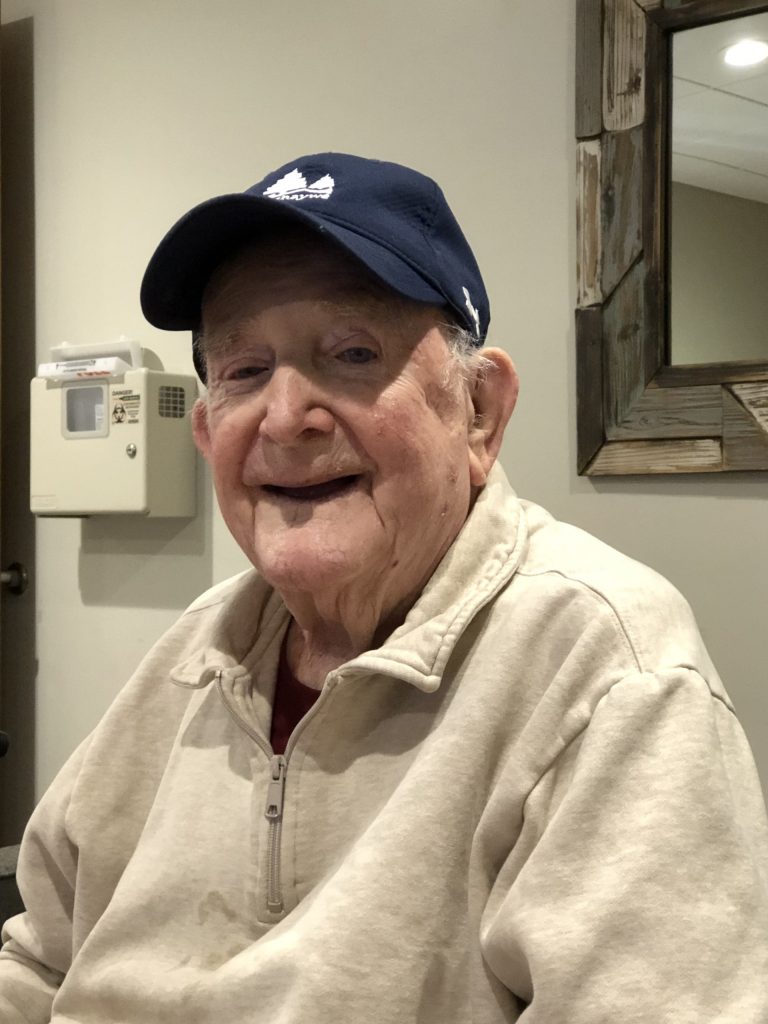 Edward was born in North Braddock Pennsylvania, on October 17, 1917.  He was raised in the Detroit area, and later moved to Gaylord after retirement from the tool and die industry. He had a smile on his face and a twinkle in his eyes right to the end.

Ed married the love of his life, Rosemary, and raised a family of eight children, Richard (Al) and Barb, Janith Humbert (Maurice), Jerry and Patricia, Rosanne Herrinton (Jack), Michael (Lynn), Douglas (Colleen), and John.  He loved his family, woodworking, golf, playing cards, and games. He was known as “Fast Eddie” by his friends because of his sharp mind.   Edward was a member of the Knights of Columbus 4th Degree. He has always been dedicated to his faith and provided his children with a catholic education.