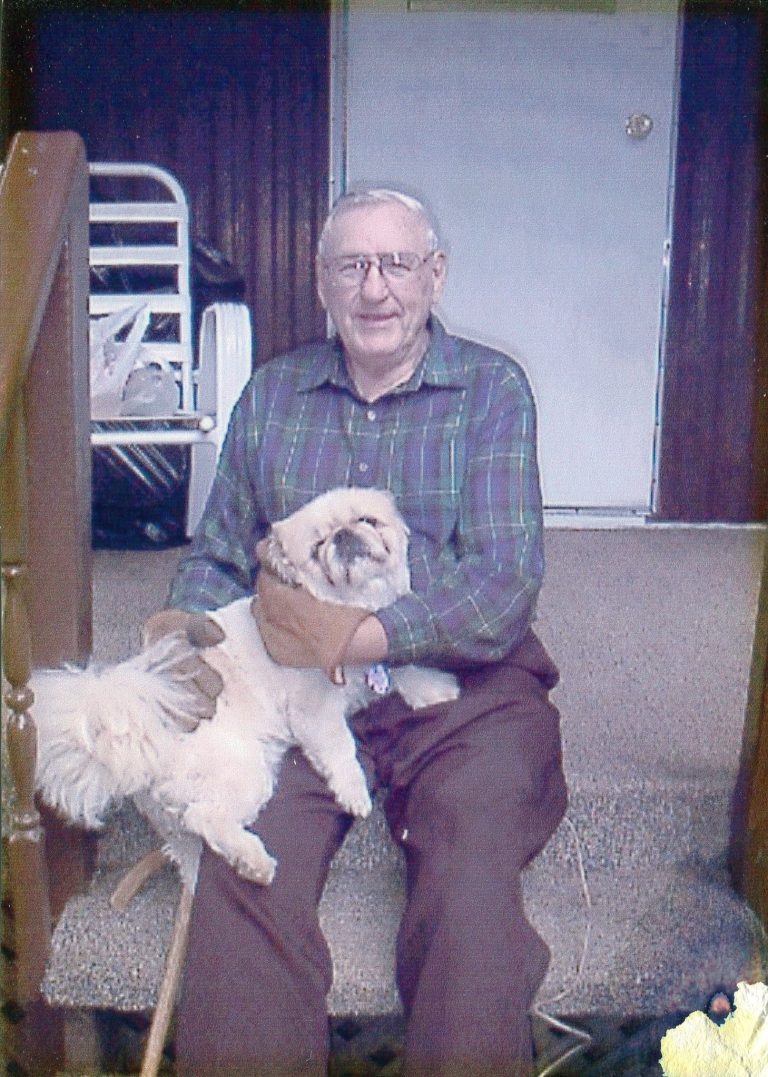 Ernest was born June 19, 1926 on the Koronka farm in Gaylord to Ernest Sr. and Violet (Koronka) Dowker.  He grew up in Gaylord, the eldest of 9 children.  He attended St. Mary’s School until the 10th grade and dropped out to join the United States Navy.  He served from 1944-1946 during World War II. He married Maxine Love on February 15, 1947 and together they raised 7 children and were married 58 years.

Ernie’s dad started Dowker Packing on Mitchell Street in Gaylord in the early 1930’s.  Ernie went to work for his dad after his discharge from the Navy and became a master butcher.  He remained at Dowker Packing until the plant burned down. He then went to work at Circle M Ranch in Wolverine until he retired.  Ernie was like his dad, enjoying life and good times and like his mother, enjoying people.  His biological family and Woodland Acres family will all miss his smile and his wink.

He was preceded in death by his parents, his wife Maxine, daughter Deva and son Terry, siblings Virginia and Richard and grandson, Christopher Dowker.

Per his wishes cremation has taken place and the family will remember him privately.

Memorial contributions in his honor can be made to Hospice of Michigan, Gaylord Branch, 830 S. Otsego Avenue, Gaylord, MI 49735.