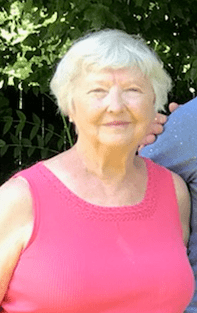 Dorothy (Dottie) VarnHagen was 74 years old at the time of her unexpected death on August 3, 2020, in Gaylord, Michigan. She was a long-time resident of Northern Michigan, having moved up here on May 1, 1980.

Dottie was born on January 27, 1946, in Union City, Tennessee. As a child, she was called “diddlydot” and enjoyed playing outside and being a tomboy.

Her family moved up to Northville, Michigan, in 1959. Ten years later, she met the love of her life, her Hero, Philip VarnHagen, the day they landed on the moon, at a pool party. Then later that evening, he approached her and asked, “Do you want to dance, Charlie Brown?” They married February 14, 1970 and enjoyed 42 years of marriage until his death in 2012.

They had three daughters together, and Dottie was very proud of being a devoted housewife and mother, and later a doting grandmother.

Dottie had many interests in life; she was an avid reader, loved rock hounding, flowers, and playing canasta. What was most important was her faith and loyalty to The Grand Creator. She spent many hours volunteering her time, sharing hope for the future with people she met. Recently she enjoyed writing letters at a time when things would be as God originally planned for the earth.

She is preceded in death by her husband, Philip; her dear brother, Carroll, in June of this year; and her parents.

There will be a memorial service for Dottie, via Zoom, on August 16, 2020, at 2:00 p.m. with Daryl Kunde officiating. For more information, contact Mike at mike.sackrider@yahoo.com

In lieu of flowers, memorial donations can be made to the Jehovah’s Witnesses Wordwide Work fund.

4 comments on “Dorothy A. VarnHagen”