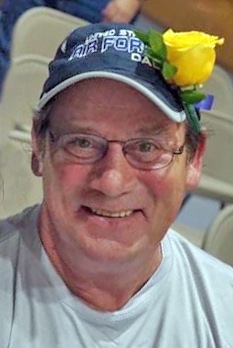 Donald Paul Kuntz, 61, passed away May 8, 2020, at his home in Gaylord, Michigan, surrounded by his family.  He was the oldest son of Paul and Frances Kuntz of Johannesburg, Michigan.

During his life, Don wore many “hats,” son, brother, friend, husband, father, employer, boss, and worker. In all of these, he gave his whole heart. In his “son hat,” he loved his parents without measure and was happy to spend as much time with them as possible. In his “brother hat,” he supported, helped, and loved his siblings. When he became a father, that “hat” was his favorite. He was proud of his girls for their many accomplishments. As a friend, he listened, laughed, and offered a hand when needed.  As an employer, he tried to be fair but firm. He found that this “hat” practically sang when he ran his own flooring business, installing and refinishing hardwood floors. In more risky jobs like oil field driller, tool hand, and fisher, he found this “hat” to be challenging. He wanted everyone to go home safe and sound and still get the job done.  In all of these different “hats,” he was loved and gave love.

He was preceded in death by his father, Paul Kuntz.