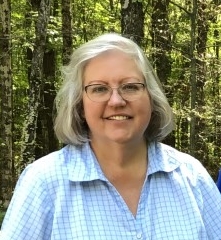 Diane Marie Sevenski, 63, passed away on Thursday, May 19, 2022, at Munson Medical Center in Traverse City, MI,

Diane was born on February 15, 1959, in Detroit, MI, to Richard and Florence Rusniak and was raised in Hamtramck, MI.

Later in life, she was married and became Diane Marie Dobrosielski and had two sons, Matthew and Adam Dobrosielski.

In 1992, Diane moved to Gaylord (Bagley Township), MI. with her sons, and worked for over 18 years, at First National Bank of Gaylord (later known as Independent Bank).

Diane was preceded in death by her husband, Jack Lewis Sevenski, and her father, Richard Rusniak.

In lieu of flowers, memorial contributions may be made to the Otsego County Animal Shelter, 256 Fairview Rd., Gaylord, MI 49735.