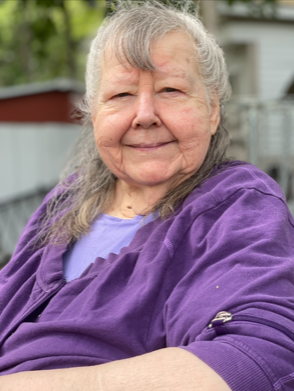 She graduated from Grand Ledge High School, and later in life, attended North Central Michigan College, as well as Kirtland Community College. She raised three children on her own.

In June of 1981, she married Elmer E. Goodwin and together they raised a daughter.

Dawn had a passion for playing euchre, fishing, crafting, crossword puzzle books, reading mysteries, crocheting, and she loved her pets immensely. She had a love for garage sales, the Upper Peninsula, going on adventures down two tracks, and spending time with her daughter, Jennifer. She was known for her quick wit, her infectious laugh, and her kind compassionate spirit. She was very loved and will truly be missed.

Dawn was preceded in death by her son, Brian David Reid; her mother and father; and her husband, Elmer.

A memorial service will be held at a later date.

In lieu of flowers, donations may be made to the family to help with funeral costs by mailing a check to the Nelson Funeral Home.