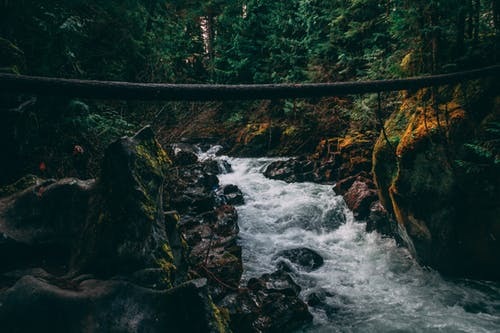 David Dehn Anderson, 83, of Negaunee, MI residing in Gaylord, MI passed away on January 28, 2021, at Aspen Ridge Assisted Living Center in Gaylord where he had been a resident since November 2019.  He passed peacefully with his wife and daughters by his side.

Born on September 1, 1937, to Lloyd and Evelyn Anderson of Negaunee, MI.  David spent his childhood in Negaunee and at the family camp in Gwinn, MI on Shag Lake where he enjoyed fishing, hunting, and water activities with his father and local friends as his most frequent companions.

After attending Negaunee public schools, David attended Michigan Technological University, earning his Mechanical Engineering degree.  Being a long-time car enthusiast, he was happy to accept a position with General Motors at the Milford, MI Proving Grounds.  As a resident of Brighton, MI, he then married Karen Maki, a friend since childhood, also from Negaunee, MI.  They built a house in Brighton and he was immersed in new homeowner projects, but not at the expense of his passion of hunting and fishing trip up north.  He spent many days on the Pere Marquette and Manistee Rivers.  Steelhead fishing in Lake Michigan also became a favorite pastime setting the scene for more fishing and camping for the family mostly in Benzie County, MI.  By 1968, daughters Betsy and Jill had arrived and were old enough to accompany the trips up north.

In 1978, a life-changing job opportunity occurred that moved the family to Mesa, AZ where David would become the manager of the GM Desert Proving Grounds.  Five years in the Desert Southwest opened the door for many new recreational opportunities.  A new puppy joined the family, and the girl’s dream of having their own horses became reality.  David and his family enjoyed hiking/backpacking, running, and year-round travel opportunities throughout the west.

By the fall of 1984, David was called back to Michigan to the GM Technical Center in Warren, MI as the Director of Operations for current product engineering.  He took advantage of an early retirement opportunity after thirty years with GM in the fall of 1990.  Prior to his retirement, trips back up north resulted in the purchase of the family cottage on Big Platte Lake.

He and Karen then moved up north to the cottage enjoying summers at the lake and winters in Florida for several years.

The family spent many happy years being back in “Benzie” enjoying the area and all it had to offer whether it be fishing, water skiing, sailboarding, wave running, sailing, and cruising from port to port on Lake Michigan.

In 2012 the cottage was sold and a condo in Traverse City was purchased. In 2017, David and Karen moved to a condo in Gaylord, MI to be closer to their daughters and grandchildren.

Summing up his life, David had said quite often “whatever happens, I have no regrets, I have done everything I wanted to do.” And he did….

His happiest times were when he was on the water fishing, boating, in the woods hunting, enjoying family gatherings, or sipping a Manhattan on the deck at the cottage overlooking his beloved Platte Lake.  David always put his family at the center of all he did.

He relished challenges in life like earning his instrument-rated private pilot license, testifying before a Congressional Committee as an expert witness, managing the Desert Proving Grounds, or helping a refugee Vietnamese family assimilate into life in the U.S.

He was preceded in death by his parents, grandparents William and Irene Oliver, Mary and Alfred Anderson, and dear grandson, Aaron Bard.

A Celebration of life will take place this summer in Gaylord. Please visit the Nelson Funeral Home website at www.nelsonsfuneralhome.com for an update on service times and dates.