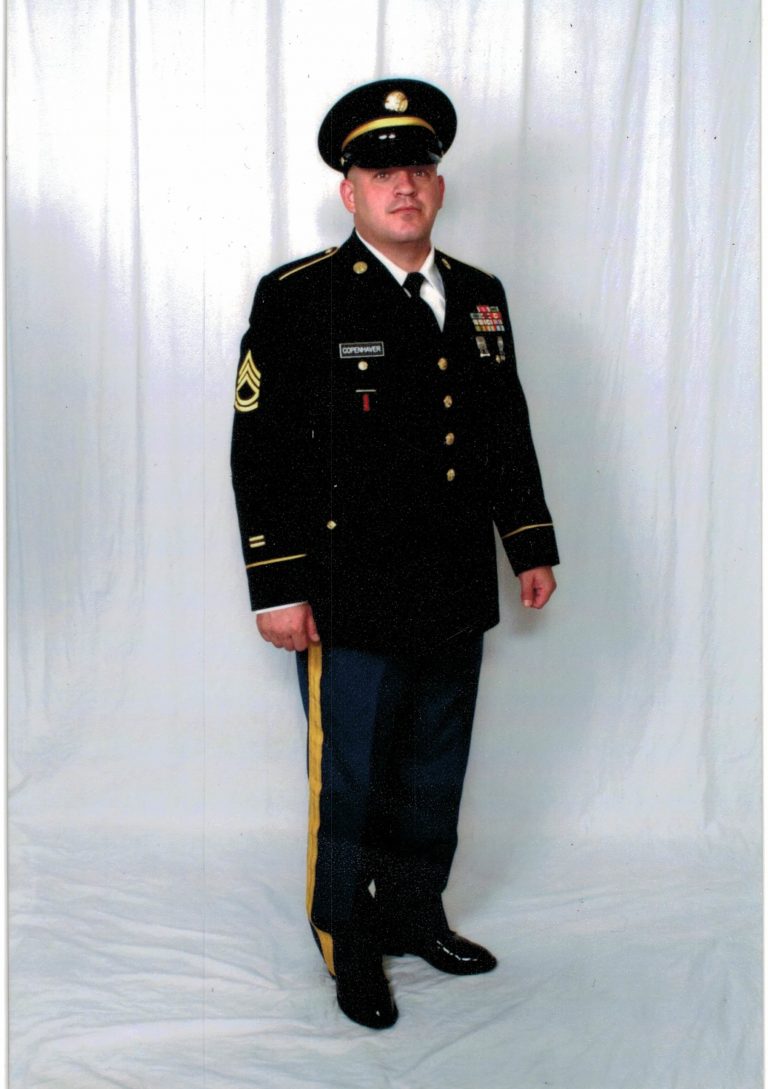 Travis Allan Copenhaver, age 43 of Gaylord, passed away at his home on Saturday, January 27, 2018.

Travis was born on May 12, 1974 in Gaylord, MI, to Robert and Barbara (Manville) Copenhaver. On September 28, 1993, he married Dawn Luttermoser, with whom he had two children. Travis was a proud member of the United States Army, and he served his country for over twenty years there. While the armed forces was a great part of his life, Travis also enjoyed fishing, kayaking, baseball, and finding and picking rocks.

He is preceded in death by his father, Robert Copenhaver.

Memorial donations for Travis may be made to the family for future designation. Arrangements were entrusted to Nelson Funeral Home and Cremation Service, P.O. Box 1548, Gaylord, MI 49734.