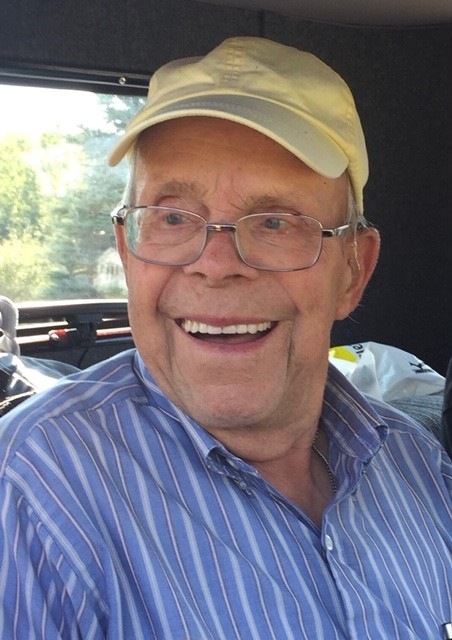 Charles was born on August 19, 1932, in Detroit, to Wayne Rautio and Katherine (Bekkala) Rautio.  Charles had one brother, Johnny.

Charles was a loving father to two children, Kathryn Renee Rautio, who preceded him in death on August 14, 2018, and Charles Jeffrey (Mary Kunkler) Rautio.  He was the proud grandfather of two grandchildren, Alex, and Kathryn “Kate.”

Charles grew up in Gaylord and learned a strong work ethic as a young boy.  He worked at his father’s gas station and later worked at Standard Products (Cooper Standard).  He developed an interest and talent in woodworking and became a licensed custom home builder.  Charles owned and operated his custom home building business for many years before retiring. He built numerous homes and cottages for people in the Gaylord area, and many became long-time friends.

Charles enjoyed woodworking, carving, beekeeping, camping, hunting, fishing, snowmobiling, and skiing. He shared these hobbies with his children and grandchildren.  He was a member of the Northland Sportsmen’s Club of Gaylord, where he was awarded “Sportsman of the Year” in 2004.  Charles was a past member of the Kiwanis Club of Gaylord, active in his community, and attended the E-Free Church of Gaylord for many years.

Due to the current pandemic, a memorial service will be held at a later date.

In lieu of flowers, donations may be made to the Gaylord Evangelical Free Church.