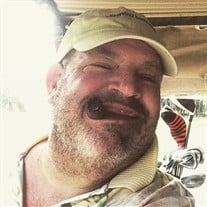 Charles Henry “Chuck” Snyder, age 66, of Landrum, SC, passed away from a
battle with cancer.

Chuck was born July 3, 1955, to William and Fern (Olmsted) Snyder in upstate
New York. He has two sisters, Ann Ostrowski and Deborah Jean Snyder. He attended
school and lived in New York for many years until he moved to Michigan and
became the golf professional at the Otsego Club (Hidden Valley). He met and married
Carol Nelson-Snyder and started a family together. Later in life, he moved
to South Carolina and met the love of his life, Lisa Snyder, and gained two
more children.

Chuck was one of the hardest workers you could find. He spent many years
owning and operating Southern Star Automotive in Greenville, SC. If he wasn’t
under the hood of a car, you could find him on the golf course, or later in
life by the pool with his grandkids. He loved spending his free time with his
family whether it was traveling to Michigan to see his kids and grandson or at
home spending all the time he could with his wife, children, and grandchildren.

A graveside service will be held 3:00 p.m. on Monday, October 18, 2021, at
Glassy Mountain Baptist Church Cemetery, Pickens, SC. Online condolences may be
made at www.thewoodmortuary.com