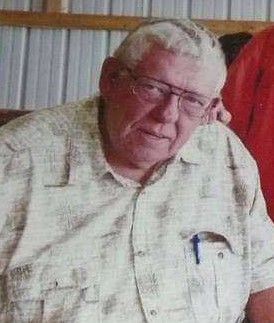 Biff was born in Grayling, Michigan, on March 28, 1943, the son of Robert M. and Helen D. (Lidtke) Audrain. The family lived in Gaylord. Biff attended Gaylord Community Schools and graduated from Gaylord High School. He went on to attend and graduate from the University of Arizona.

Biff worked in retail sales his entire life and retired as the owner of “The Audrain Hardware” in Gaylord, which was founded by his parents. “The hardware on the corner” was a Gaylord landmark.

Biff enjoyed trap and skeet shooting and was a life member of the Northland Sportsmen’s Club in Gaylord, from the mid-1960s. He also enjoyed hunting grouse and deer. He was a member of both the Eagles Club and the Elks Lodge, where he enjoyed visiting with fellow members. He was a member of the Gaylord Fishing Club on the Black River in Montmorency County. As a young man, Biff enjoyed racing as a member of the Top O’ Michigan Outboard Racing Club and working on his boat, alongside his father. He enjoyed golf, both in Gaylord and Arizona. In the early years of the Alpenfest, Biff was tapped to portray the infamous Herr Gessler. He enjoyed the festivities especially Schlang’s Tent, which was a favorite gathering place for locals and visitors alike.

In lieu of flowers, the family requests memorial contributions be made to the Mackinaw County Water Safety Review Team or the charity of your choice, through the Nelson Funeral Home, PO Box 1548, Gaylord, MI 49734.