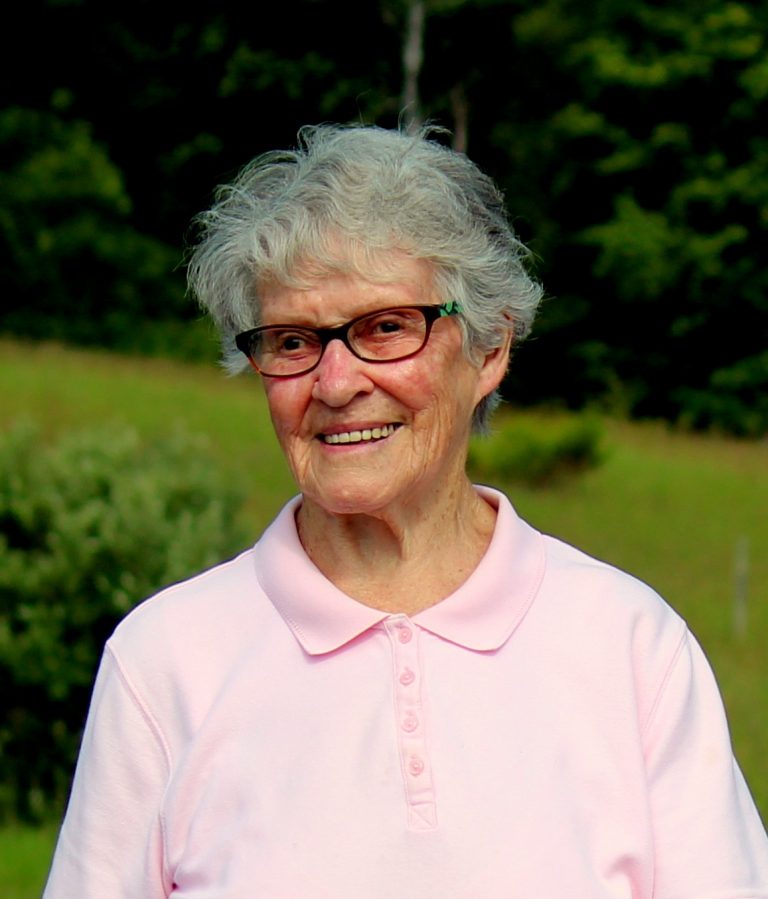 Betty E. Klein of Boyne City passed away Sunday, June 10, 2018 at the Grandvue Medical Care Facility in East Jordan, Michigan.  She was born May 17, 1929 in Rust, Michigan to Ervin W. and Lavina V. (Oswald) Stuebing.  Betty graduated from Atlanta High School in Atlanta, Michigan.  On June 13, 1947, Betty married Archie R. Klein in Atlanta, Michigan.  They made their home in Tower, Michigan where Archie was employed at the Presque Isle Power Plant, then in 1952 he was transferred to Wolverine Power Supply in Advance, and they then made their home in Boyne City.

Betty was employed and retired from United Technologies Automotive Division in Boyne City on June 30, 1991, after nearly twenty seven years. She especially enjoyed her large family, gardening and traveling with her husband Archie of 68 years. Their travels took them throughout many of the states including Alaska and flying to Hawaii for their 50th wedding anniversary and Archie’s Navy Reunion.

She was preceded in death by her husband, her parents, her sister Marvel and brother in-law Kenneth, her niece Judy and nephew Bob.

A Memorial Service will be on Saturday, June 30, 2018, with visitation at 10:00 and the memorial at 11:00 a.m., at the Boyne City United Methodist Church at 324 S. Park Street.  Interment will follow at Maple Lawn Cemetery in Boyne City.

Memorial contributions may be made to the Boyne City United Methodist Church or the VFW Post 3675 in Boyne City, through Nelson Funeral Home & Cremation Service, PO Box 1548, Gaylord, MI 49734.