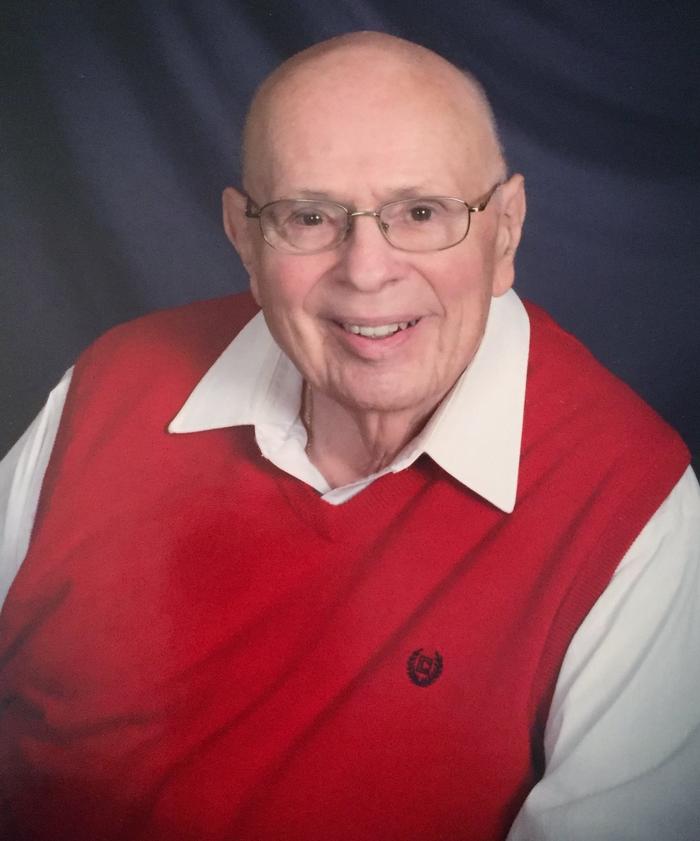 Richard was born to Louis and Alice (Joslyn) Bitschnau on February 23, 1932. His love of theater and music began in high school at St. Mary Cathedral in Lansing while playing the saxophone for the Blue Notes. Also, while in high school, he achieved the rank of Eagle Scout and wore his ring proudly for the rest of his life. He was also selected as a varsity quarterback at St. Mary. He met his wife Rosemary in high school and they married in 1954, just before he left to serve in the Korean War. Dick attended Michigan State University where he earned his Bachelor and Master degrees in Social Work and was a Spartan fan for life.

Dick and Rosemary moved their seven children to Gaylord in 1972 to pursue Dick’s career with the Diocese of Gaylord. He was influential in the community serving on the school board, with United Way, the Sportsplex, OCCOA, and St. Mary’s Cathedral parish and school.

He enjoyed being both a Burgermeister and a Harmonymeister, and had many other varied interests dear to him; but his family always came first.

He was preceded in death by his three brothers, Lou, Don and Bill Beachnau and his granddaughter, Jennifer.

Visitation will take place at the Nelson Funeral Home on Sunday, July 30, 2017 from 3 PM – 6 PM and on Monday at the cathedral beginning at 10 AM until the time of service.

A parish rosary will be offered on Sunday at the funeral home beginning at 5:30 PM.

In lieu of flowers, memorial contributions in his honor may be made to Gaylord St. Mary Cathedral Schools.