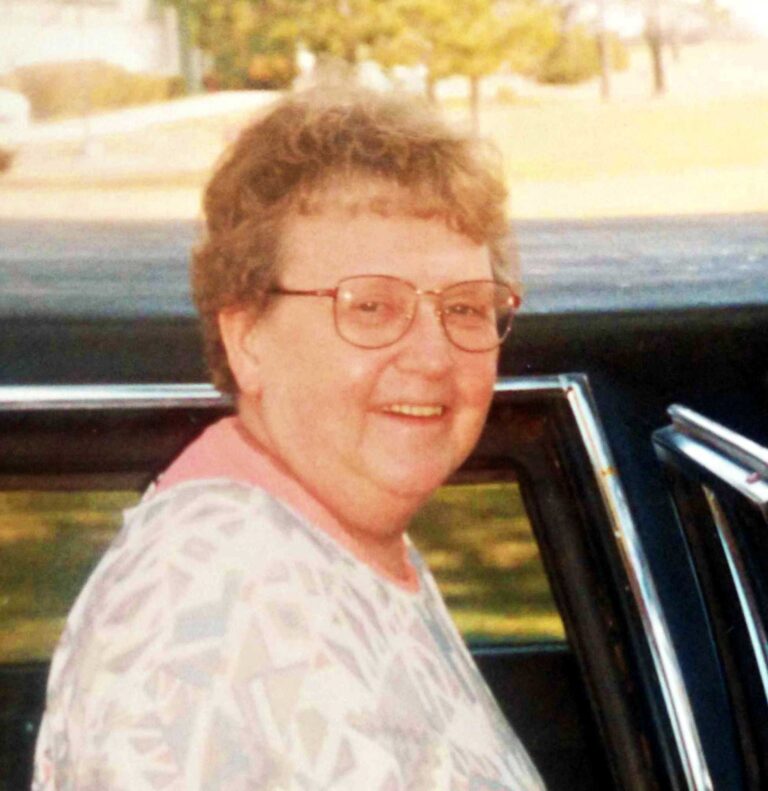 Barbara Ann (Luzenski) Mackowiak, aka McCoy, was lifted into eternity by her waiting loved ones on Thursday, May 5, 2022, carrying with her lasting hugs and kisses and words of love from those she was leaving behind.

Barbara was born in Gaylord, Michigan, on May 2, 1930, the youngest child of Edward and Mary (Kwapis) Luzenski. She attended grades 1-12 at Gaylord St. Mary School, graduating in 1948 as class salutatorian. She went on to receive secretarial training and worked in that capacity for several years. On November 22, 1952, Barbara married Alexander Mackowiak of Gaylord at St. Mary’s Church. The couple remained lifelong residents and raised six children in their hometown, never once entertaining the idea that there was a better place on the planet to live and raise a family.

Barbara was the type of person who loved to be around people. She seemed to know everybody in her small community, and if someone new moved into town, she somehow managed to meet and befriend them, as well. She was always easy to talk with, and anyone who knew her would tell you she was just a fun person to be around. She was a great cheerleader for Gaylord, and the personal pride she carried for her hometown eventually led her to invest herself fully into the business community. In October 1983, after her children were grown and on their own, Barbara opened Gaylord’s first – and to date only – Polish restaurant, serving up the comfort food and love that defined and celebrated her Polish heritage while expressing her personal philosophy on life. By way of this very bold venture, she found she could feed bodies and souls while honoring the Polish people who came before her to pioneer and help build the town that she loved, many of whom were of her own family. When it came time to put a sign out front and open the doors of her little downtown eatery, giving the place a name was simple. From the time her first grandchild was born, she was known to her family as Busia, so it seemed only fitting that her place would be called Busia’s Polish Kitchen. From that point on, Barbara’s given name was in the wind, and she was known to family, friends, and patrons simply as Busia.

Busia was not one to stand in the shadows. She wanted to be up front, out in the world, and doing her best to raise the laughter level on the path she walked in this life, and anyone who knew her would tell you she was successful in that mission. She loved to make people laugh, even if it was at her own expense, because she truly believed it was the best medicine for just about anything that ailed you. Busia will always be remembered for her never-give-up spirit, her offbeat and ever-present sense of humor, and her willingness to give of herself, all of which made it so easy for people to love her.

And in the end, when all was said and done and Busia’s time here came to a close, the things she had outwardly accomplished in her life faded softly into the background. And that’s not because it wasn’t all noteworthy, but because all that really mattered to her anyway was the love – the love she left here on this earth, and the love she carried with her.

A service in celebration of Busia’s life will be held Tuesday, May 10, 2022, from the Nelson Funeral Home in Gaylord at 12 noon, with visitation taking place from 10 a.m. until time of service. The service will also be live-streamed in its entirety for the convenience of those unable to attend in person. A link to that stream will appear on this page the day of the service.

Those wishing to honor Busia’s life with a memorial contribution to the Otsego County Animal Shelter, at 256 Fairview Rd., Gaylord, MI 49735.

5 comments on “Barbara A. Mackowiak”