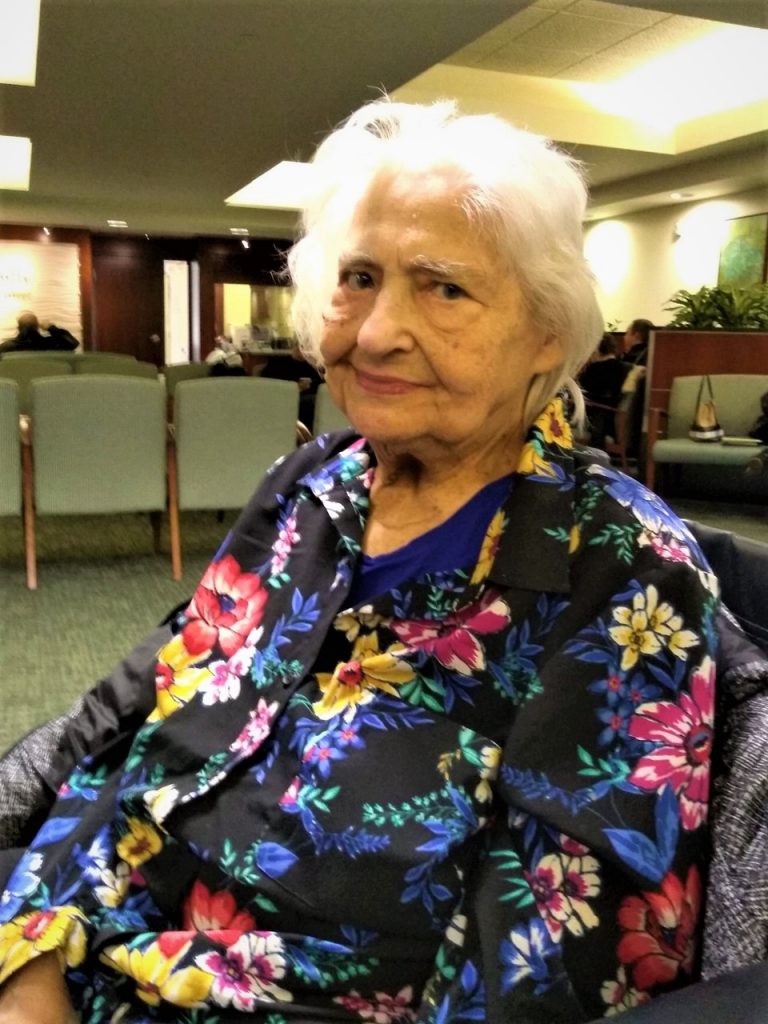 She was born to John and Alice (Marciniak) Obrockta on August 26, 1934, in Detroit, Michigan. Audrey married her loving husband Charles “Tim” Rice at SS Cyril in Methodius on June 16, 1951, and they were married until his death in 2005.

Audrey was blessed with 12 children, which allowed her to spend most of her life working from home, raising her family. As a teenager, Audrey worked as a store clerk, at Grinnels Market, to pay tuition to a catholic high school, Nativity of Our Lord. This is one of many reasons Audrey’s children were proud to call her their mother.

One of Audrey’s favorite past times was traveling to Northern Michigan and the Upper Peninsula, from her home in Hazel Park, to enjoy the outdoor activities the location had to offer. She had property in Lewiston and would often be found camping, canoeing, and enjoying nature. She was especially fond of mushroom picking. In addition to her love of the outdoors, Audrey also enjoyed expressing her artistic side.

After living in Hazel Park for over 60 years, Audrey became fondly known as “the ma” to everyone in the neighborhood. If you ever needed someone to talk to, a place to stay, or anything at all, she was always there whether you were one of her children or not.

Memorial Service will be held at the Hilltop Shelter at Bloomer Park in Rochester Hills, Michigan, at 345 John R. Road on August 8, 2020. Celebration of Life will take place from 1 p.m.-5 p.m., with a service at 2 p.m.

In lieu of flowers, memorial contributions may be made to the family for assistance with expenses.

7 comments on “Audrey A. Rice (Updated)”