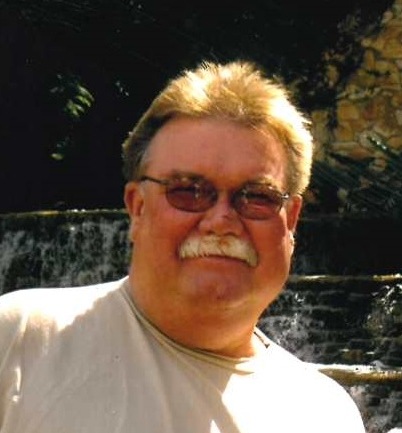 Arnie Skowronski of Gaylord passed away on November 12, 2018 at Grayling Nursing Home and Rehabilitation Center.

Born in Grayling, Mich. on December, 20 1949 to Adam and Angeline (Jurek) Skowronski.  Arnie was the oldest of four sons.

He was a 1968 graduate of St. Mary High School and was proud to be on the very first football team in his senior year, wearing number 66.

Arnie started working as a teenager for Sun Kissed Christmas Tree Farm, the original Big Boy restaurant in Gaylord, and, for a short term, with Cooper-Standard Products.    He worked 34 years, as a fork lift driver for Georgia-Pacific.  Arnie also farmed the family homestead, and was owner of the A & A Farm Sales, for which he would buy and sell used farm equipment.

His final equipment sale was completed on November 11, 2018.

The second Tuesday of each month meant a trip to Archbold, Ohio for an auction.  Other times he would travel far and wide to the next auction, always looking forward to buying and selling. He had, or would find, accurate information on farm equipment.   Later in life, the internet was his most useful tool.

A man of many opinions,  compassionate about his  beliefs. he was often ready to voice them at the drop of a hat. Sometimes it was best not to ask or encourage him.  Yet, deep down, this man was tender-hearted; the often rough exterior was only a facade.

You might say he took the road less traveled, whether the back roads of  northern Michigan or a trip across the United States, to Texas, Arizona or Washington.  He took great joy seeing farmland, farmers in the field, and all

kinds of crops.  Once, he stopped to talk to a farmer in his yard to say, “I’m a farmer from Michigan” that started a long conversation. Never in a hurry, he even let his wife shop along the way

As a baseball fan he made sure to visit as many major baseball stadiums as possible,  in all he made ten.  Sometimes on a trip, he would make a detour,

just because the team was in town.

Left to share his memories as a husband, father, and JaJa are his wife Joann, son Adam, and his “little one” granddaughter Addison.  Also his brothers, Dwain (Kathleen) and Eric (Robby), a niece, Angeline, nephews, Mark, John, Cole, Dalton.  Many extended family members and numerous friends, including those at the auction sites.

He was proceeded in death by his parents, Adam and Angeline (Jurek) Skowronski, and his brother Roger.

The family wishes to thank the staff and doctors at OMH, St Mary Hospital in Saginaw, the Grayling Nursing and Rehabilitation Center and Hospice of Michigan.

A Mass of Christian Burial will be held 11:00 am on Saturday Nov 17 at St. Mary Cathedral.

In lieu of flowers,  donations may be made to the family for Addison’s higher educational fund, or to a charity of your choice thru Nelson’s Funeral Home