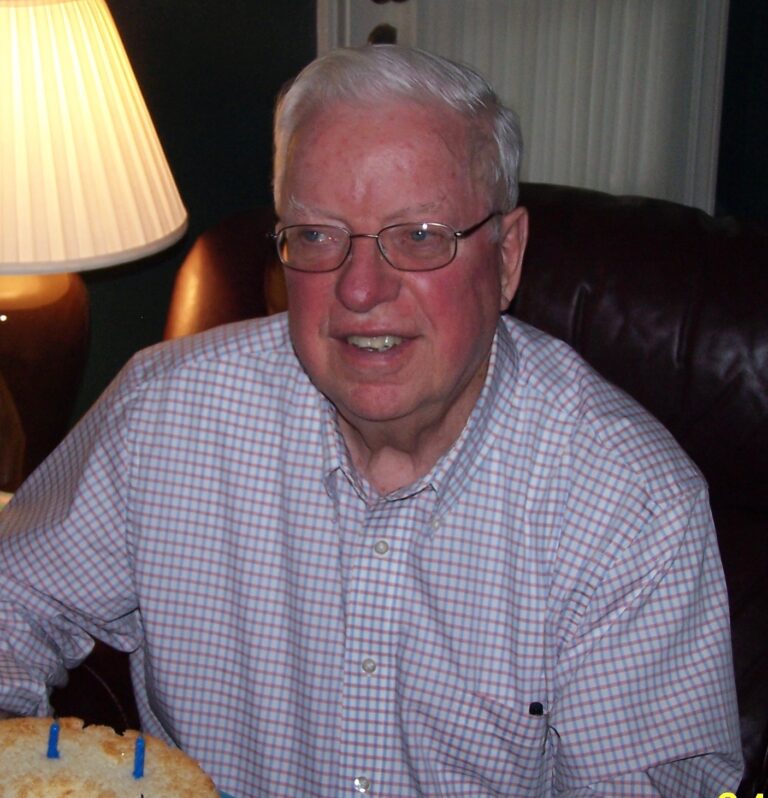 Allen A. McCoy was born on April 3, 1930, in Detroit, MI, and went to our Lord on April 24, 2022. Allen’s parents were Emily M. McCoy and Walter T. McCoy. Allen was the seventh of eight children. He graduated from Detroit Redford High School and Wayne State University, with a degree in Geology.

Allen was drafted into the United States Army during the Korean War and served with the 30th Engineers. During the war, Allen was stationed at the Presidio in San Francisco, CA, and traveled to Alaska where he worked as a topographic surveyor and surveyed many mountain tops. This suited Allen’s adventurous personality and provided him with many life-long memories.

Allen worked at various companies before starting A.A. McCoy Co. and then Air Design Inc. as a manufacturer’s representative of industrial HVAC equipment. Air Design is run now by his two sons and staff, in Southfield, MI.

Allen married Ruth B. Jones in 1957, whom he lovingly called “Ruthless.” During their marriage, they traveled to every state and all the Canadian provinces, as well as to Europe, Japan, Hong Kong, and Australia. Allen and Ruth lived in Southfield, MI until 2008, when they moved permanently to Gaylord, MI, to the cabin where he had spent summers as a boy with his three youngest sisters – “us four little kids.”

Allen is also survived by his sister, Joan Wager of Petoskey, MI, and many beloved in-laws and nieces and nephews.

Allen was a member of the First United Methodist Church of Gaylord, MI. He loved his home and all of the beauty of the north woods. He was a curious, intelligent, caring, and fun-loving person who made a huge impact on all who knew and loved him. He was an exceptional person who will be dearly missed.